The quaint port of Sag Harbor is certain to be one we will return to!   The Sag Harbor Village Docks were very close to town, had floating docks, a great seafood shack, hot showers and lots to see close by.   They pack a lot into this little harbor, including some big boats!  The laundry and Corner Bar kinda go together.  A hardware store and grocer are also close by.    Like Block Island, there are no traffic lights here.  Everyone stops for pedestrians. 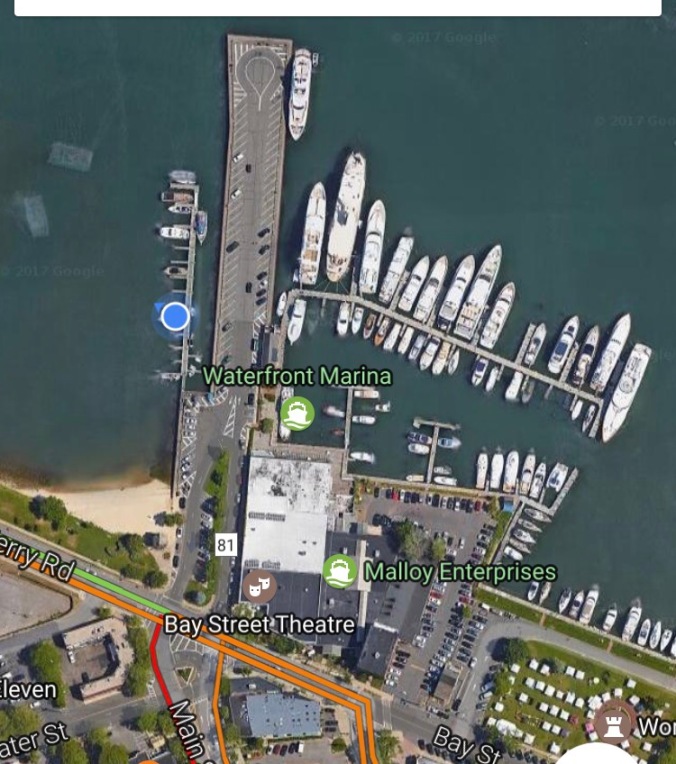 Sag Harbor Village – transient slips are on the west side of the municipal steel pier. Our spot is shown by the blue dot.

The only negative I could say is nothing is free here.   I’m not sure if this was a joke or for real, to be honest!

To tie up to the town dock and walk around for a while costs $1.25 / foot for 3 hours.  That’s different from Maine!    Overnight rates were on par with the typical $4/ft + electric.

After a relaxing morning, we push off to visit two of the ports of Shelter Island.   The chance of T-Boomers this afternoon has been dropped until later tonight.   84F temps are predicted this afternoon, so it may be the first time for a jump into the water today!    Predictions are for more moderate temps for the rest of the week.

The largest island between the “forks” of eastern Long Island.   There are ferries to both North Fork and South Fork from Shelter Is.  So, it is very common for home owners and visitors to “The Hamptons” to use this island and its ferries as a short cut when ferrying to and from New London CT.

On the way back from Maine once, we ferried across Shelter Island to get out to Montauk Lighthouse.   It was around Thanksgiving, and I remember they were preparing for the first lighting of all the Christmas lights on that Lighthouse. 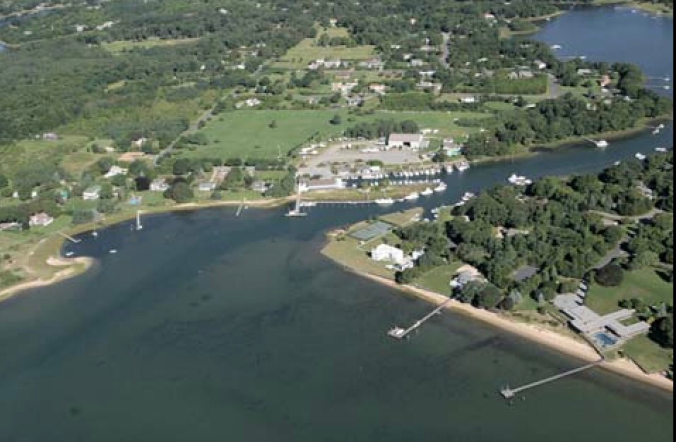 We saw this nice tugboat style pleasure boat in Menanick Creek, off West Neck Harbor south west side of Shelter Is.  My brother Russell, says this is a Lord Nelson “Victory Tug” a dream boat!    There is a restaurant in here called SALT.   But we did not tie up.  It was not clear if tie ups for lunch were welcome. 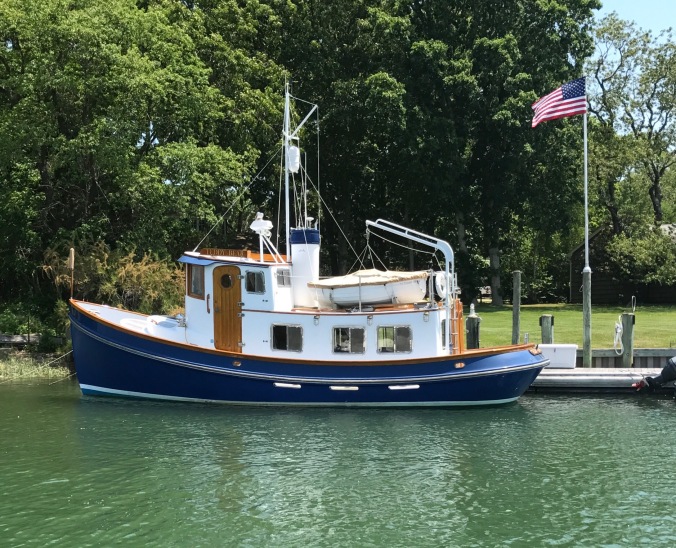 So, we headed to the larger port on Shelter Is and tied up at the Town Dock in Dering Harbor to the North Side of the Island, near the North Ferry Terminal; we had a good lunch at the Dory.   But it was hot.

“Let’s get out on the water to cool down in the breeze!” barked the Admiral.   So here we are anchored broadside to the SW wind and sun so we’d have some shade. 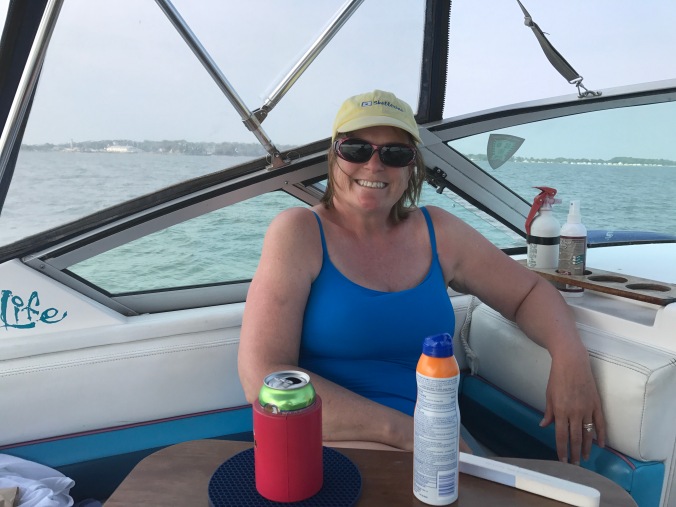 I set the anchor from a bridle so we would ride the wind broadside.   The reporting weather stations below show being out on the water to be a good thing.

Below is a pretty cool pic showing the North ferries passing in the channel, shuttling vehicles from the North Fork (Greenport NY) to Shelter Island.