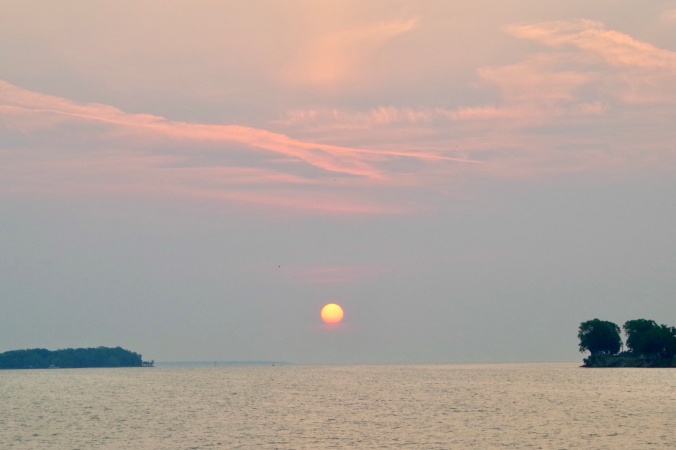 We got an early start this morning for Detroit… the last day on Lake Erie! 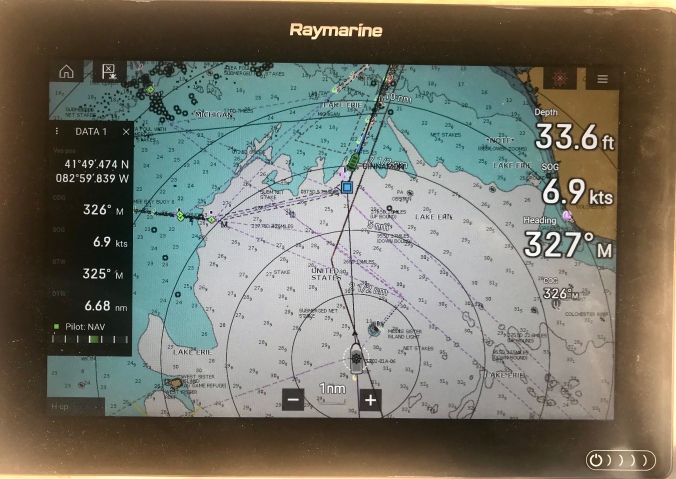 We’ll be “touching” Canadian waters a bit today. You can see the international border out here in the middle of the lake. It shows up as a big black line in the water. <wink> 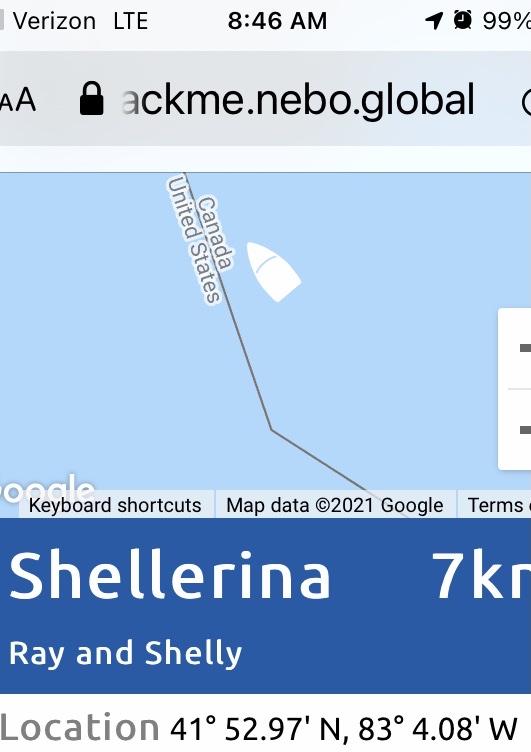 Huge flocks of herring gull and cormorant were out here in the middle of nowhere feeding.

We enter the channel and clear the first navigational aid as a southbound freighter exits in the opposite direction. 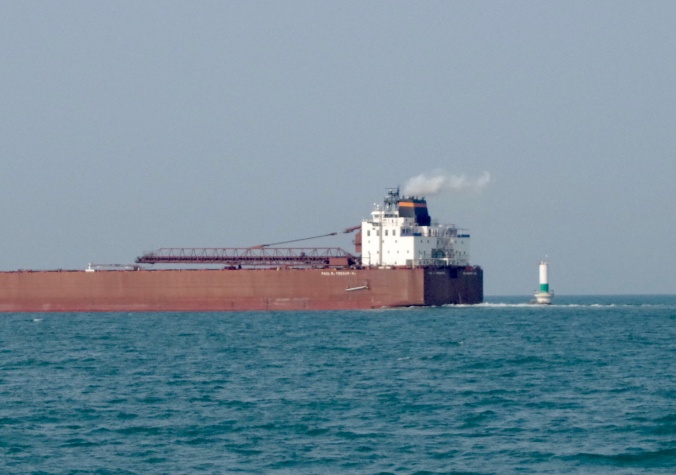 We are now starting up the Detroit River  (Amherstburg Channel) … bucking a 2K current.

A couple of our Looper friends overtake us on their approach to Detroit. 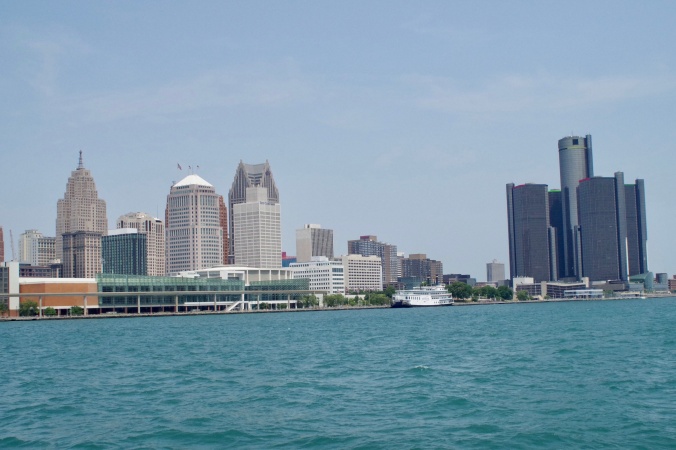 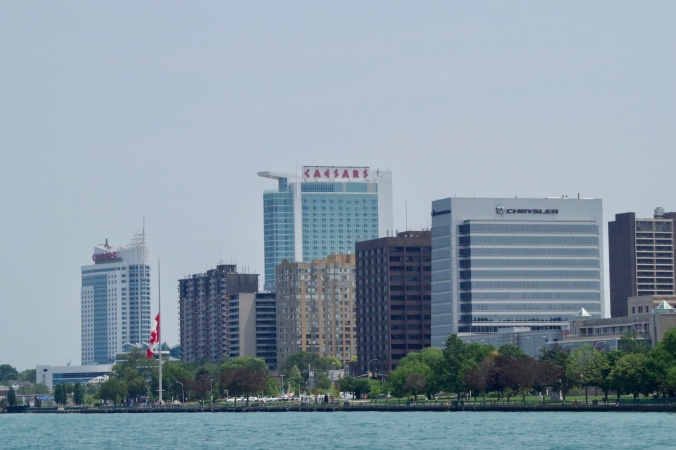 On the east side of the Detroit River is the Canadian city of Windsor ON.

Even with the border closed, there was a lot of traffic on the bridge just south of these cites, mostly trucks; it looked like a second bridge across this river was just starting construction. 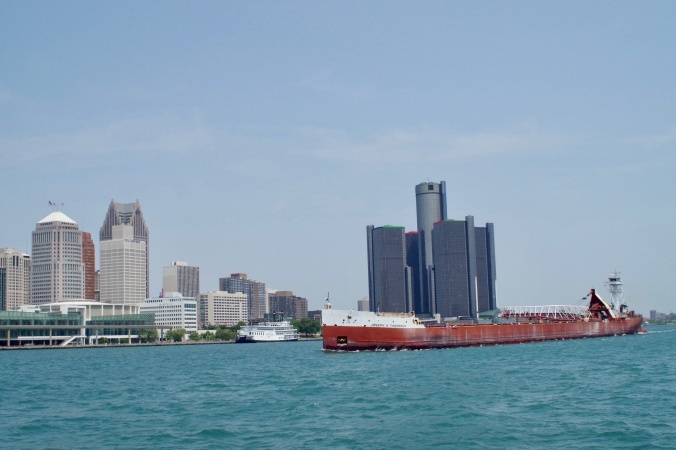 There is also a lot of commercial freighter traffic on this river!

The lighthouse below marks the entrance to our modest sized, state park marina. 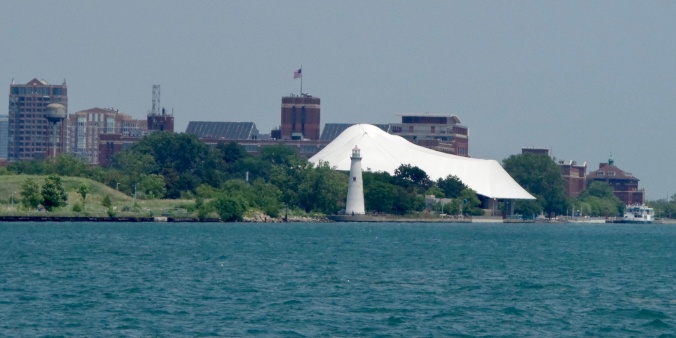